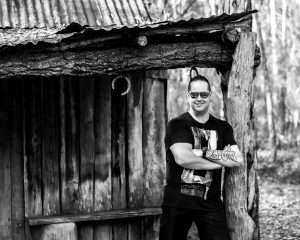 Christopher has won many awards such as Vocalist of the year at the CMC Awards. He had two songs published in the US and Britain and he founded The Elite School of Song writing in Sydney. Those who have heard Christopher perform live say his voice must have been tuned by a harp. He has an amazing tone to his voice and his range seems almost endless allowing him to perform all Roy Orbison songs with ease.

Christopher Lee has also been performing around Sydney with top shows including being the front man for the Frankie Valli & Four Seasons Show and as Roy Orbison in Blue Bayou – The Roy Orbison & Linda Ronstadt Tribute. He is also a songwriter and has played at the Tamworth Country Music Festival on many occasions. His ability to reproduce the songs of the Big O is quite spectacular and will leave the audience spellbound.