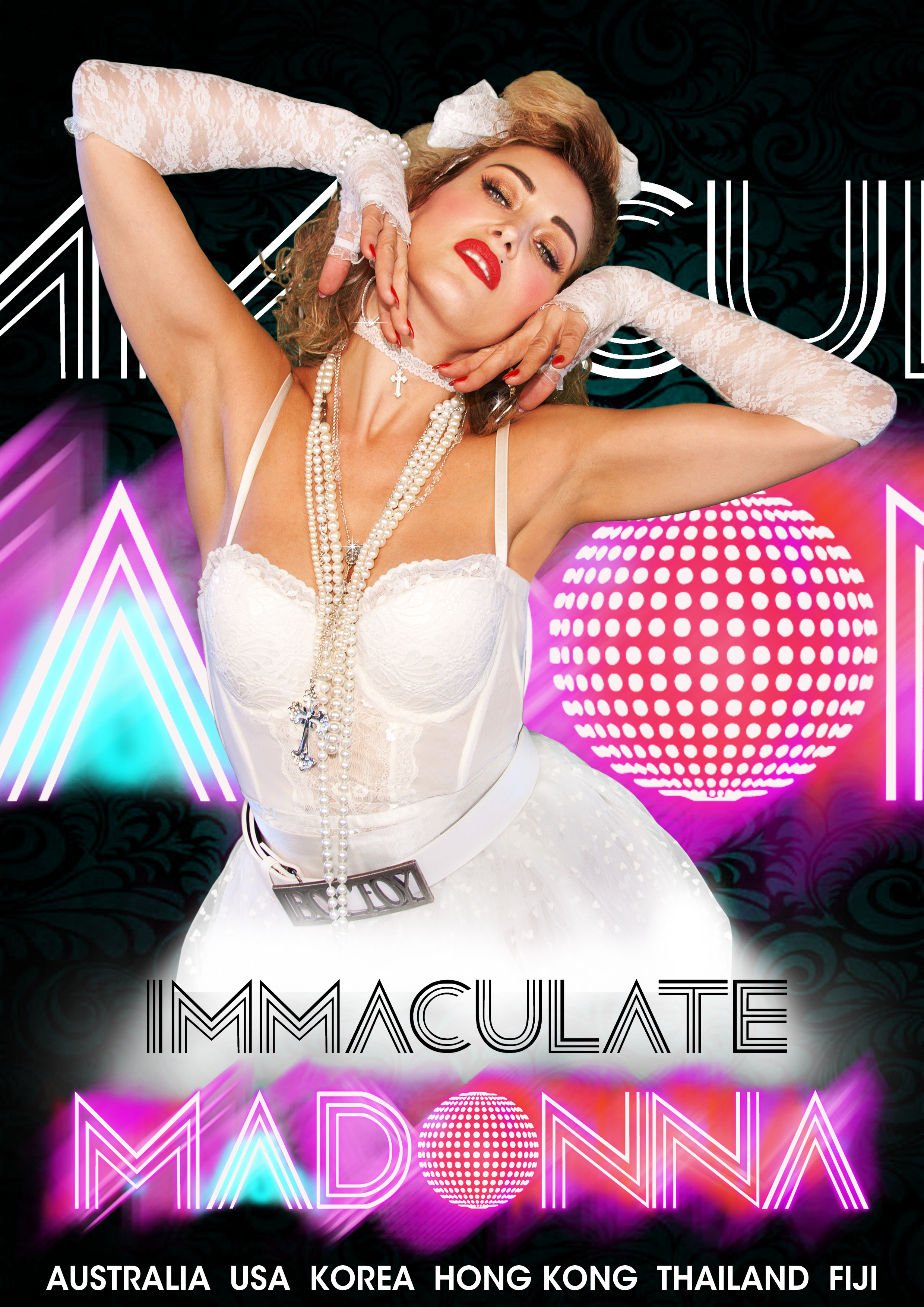 Dedicated to the Queen of Pop,  IMMACULATE MADONNA pays tribute to the global icon

that is Madonna.  Recreating the greatest female artist of all time and featuring the most

popular dance anthems for generations, unmatched stage charisma and some of the

Leonie Lee encapsulates the very essence of Madonna right before your very eyes.  With her

stage.    IMMACULATE MADONNA has been meticulously produced to bring audiences the

by Madonna’s original costume designers and have been sourced from all over the globe.

ALL THE GREATEST HITS!

performed with prestigious production such as Legend In Concert, We Will Rock You,

Opening and Closing Ceremonies and The Singing Bee.