You are here: Home / covers / The Party Starters 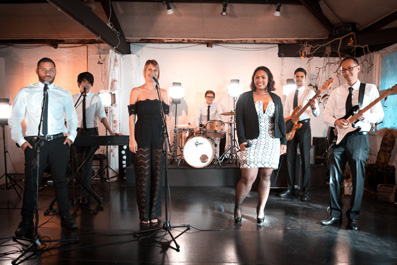 The Party Starters are a Sydney cover band that play a wide variety of upbeat music to suit all ages. They have a great list of contemporary music and are perfect for clubs, corporate functions, weddings and lounge bars. Formed in 2013, the band have been playing hit songs that people know and love across multiple genres including pop, rock, soul, funk and RnB. Covering all the greatest artists including Stevie Wonder, The Beatles, Beyoncé, The Rolling Stones, Ed Sheeran, Marvin Gaye, Michael Jackson, Meagan Trainor, Prince and many more.

The Connection
Scroll to top